We recommend that you always file with both agencies Bay Area Air Quality Management District (BAAQMD) and San Jose’s LEA due to possible co-mingling of fugitive gasses from multiple sources of odor.

The Bay Area Air Quality Management District (BAAQMD) is the regional agency that investigates non-compost odor complaints. If you smell an odor that isn’t compost related, you should call BAAQMD’s toll free hotline: (800) 334-ODOR or (800) 334-6367. There is also an online complaint form.

San Jose LEA (Lead Enforcement Agency) is responsible for compost related odor, 408-793-6938 or use their online complaint form. The LEA is responsible for responding to odor complaints relating to compost and wood chipping operations. These odors will include an earthy, musty or acrid odor that you believe is associated with a composting or wood chipping operation in San José.  Be prepared to provide your name, phone number, time/location, odor origination, and odor scale of 1 to 5 (5 strongest). For more information on the LEA odor reporting including where they will post their monthly reports, see San jose’s website.

You may call these numbers at anytime 24×7. Be sure to make the complaint immediately so the inspector can begin to trace the odor. It is important to provide facts so an inspector may contact you and discuss your observation.

Please have the following information ready: 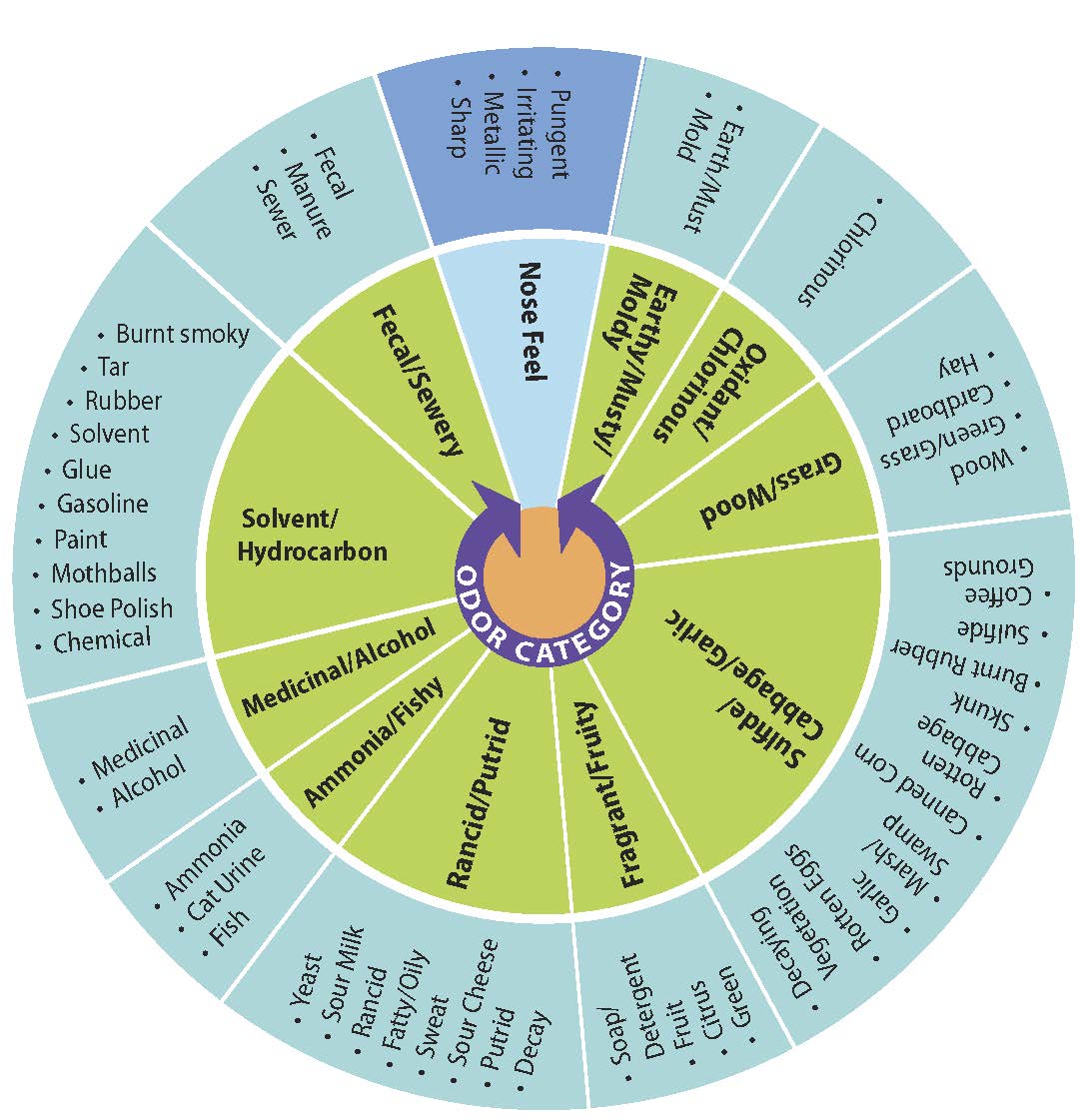 Helpful information is whether the odor is fleeting but recurring, or constant for longer periods.  More info from BAAQMD on odor complaints.
Please report the odors you smell with the words you feel best describe what you’re smelling. The BAAQMD inspectors are very good about asking you to describe it without influencing your description.
The information below is FYI, just a bit more about different smells and composting.

Organic matter decomposing in an ANAEROBIC manner has a mix of smells, mostly like rotten eggs (hydrogen sulfide). This is the smell produced by food scraps left in an enclosed container (like a garbage/trash can) for several days, a similar condition is created when food scraps are put in a landfill – not enough oxygen. The odor is offensive to most people (Although, I had a chemistry teacher in high school who had no sense of smell and happily prepared hydrogen sulfide gas for classroom experiments while the students were keeling over.)
When describing offensive compost and garbage odors (anaerobic decay is occurring), the smell of “garbage” means more like putrid food (animal origin) and the smell of “compost” means more like (badly) rotting vegetables (plant origin).
Organic matter decomposing in an AEROBIC manner does not have an offensive smell. Composting is an aerobic process that produces a mild, earthy smell — most people find it pleasant because it reminds us of how a natural forest smells. Therefore, if “compost” smells bad, it’s actually not composting and corrective action is needed to get the composting process re-started.  Creating and maintaining proper aerobic conditions for our yard waste (a.k.a green waste) and food scraps is fairly easy to do at home but can be challenging when done on a commercial scale with tons of material.
At Newby Island, the LANDFILL receives a lot of food scraps and the COMPOSTING OPERATION receives both yard waste and food scraps.
Both the landfill and the composting operations are major sources of odor. Proper management of those operations is essential to mitigating odors. It’s expensive to do correctly requiring constant monitoring and re-balancing of materials. That’s why it’s helpful for the community to report every time bad odors are detected. That provides BAAQMD with the complaints needed to keep the pressure on Republic to clean up their operations. If the violations continue, then BAAQMD can take stronger steps.
Read more about odor management for commercial composting here — a short article from Cornell University

Food Scraps in the Landfills