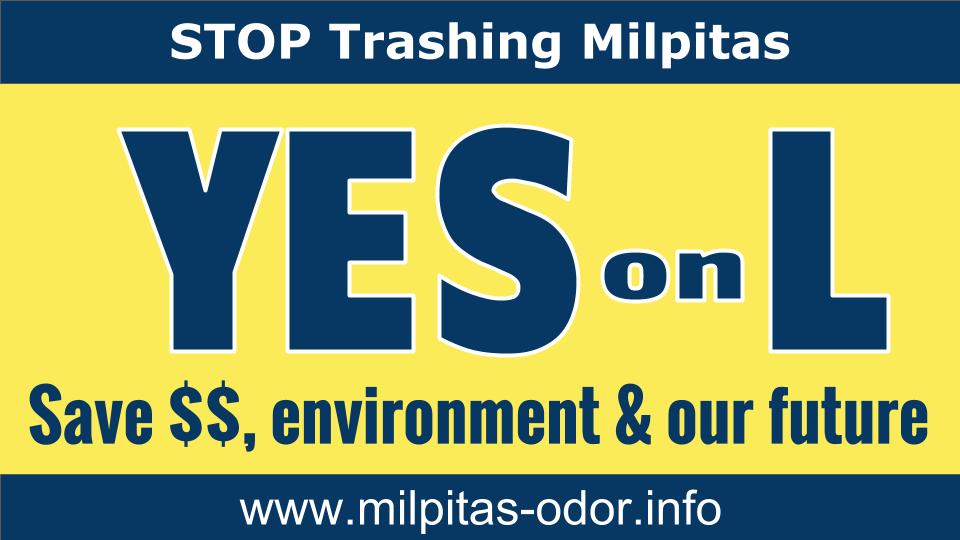 Vote Yes on Measure L! We have setup a dedicated website for the ‘Yes on L’ campaign. Please visit it http://YesOnL.vote.  Lower garbage rates and improve services, Vote Yes on L.
What is Measure L?
It is a Measure to allow the unanimous decision by the Milpitas City council to continue with its decision to use Waste Management’s landfill in South San Jose.

Why did they do that?
Because they lost out on the bid to get the business to use their landfill and want another chance at it.

Why is it that voting Yes on Measure L would deny them this chance?
They twisted the wording so that it would trick the voters to think that saying “Yes” would add something new.

How much did it cost Republic Services to put it on the ballot?
There’s no way of knowing the exact amount, but it is estimated to be around $10,000. This includes the $10 they paid the professional signature for each signature.

What will happen if Measure L does not pass?
The City of Milpitas will be forced to do another bid, which will cost them another $300,000

How much money is Republic Services putting into their campaign to fight against Measure L?
Public records show that they have spent $600,00 so far.

How much have supports of Measure L spent in support of Measure L?
All the money that is spent to support Measure L comes directly from individual citizens. So far they have spent less than $20,000.

How should I vote on Measure L?
To have lower garbage rates and improve services, Vote Yes on L.

How do I get more information on Measure L?
Go to our website at http://YesOnL.vote
You can donate by sending money to our paypal account  YesonLmilpitas@gmail.com OR click donate.
Contributions are not tax deductible.

The City of Milpitas also has published a fact sheet on the new disposal contract with WM.